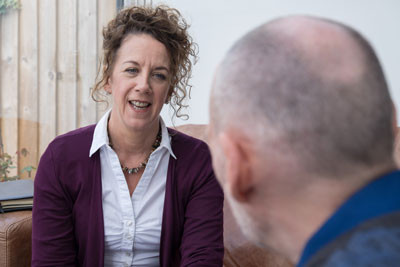 How to tell if someone is ready for coaching

As coaches we are trained to fully believe in the potential possibility of our client. Tim Galwey’s view was pretty much focused on the idea of:

Most of our training skills revolve around helping clients to remove that interference, whether it is fear, boredom, anger, lack of interest, etc., in order to tap into that potential to create better performance.

So it seems like heresy to think (or even say out loud) that a coachee may not be coachable.

I have been in this situation many times and my comment would be: “Maybe the client is not coachable AT THIS TIME.”

Often the clients where this question arises are not the ones who have sought out coaching for themselves. These clients are often very motivated (it takes courage to go and find a coach) and have a level of self-awareness that has enabled them to stand back and say, “I could do better.”

No, the questionable coachees are those that have been put forward for coaching by HR or their line manager (usually the paying sponsors). This means my first connection with the coachee is the information I receive from these sponsors. So, this is how I assess coachability with those sponsors.

As well as asking lots of questions and developing a wider consultancy agreement for coaching, I also use a very ‘quick and dirty’ tool designed by Peter Bluckert in his fabulous book Psychological Dimensions of Executive Coaching.

The table has some very basic categories:

After talking to the HR/line manager I ask them to circle an entry in each column which is their opinion on where they think the coachee currently resides performance-wise. I do one too, based on what the sponsors have told me so far (with a sprinkling of coaching expertise operating in the background). You can then compare notes with your HR/line manager.

Recently I used this within a housing association in Wolverhampton. I asked line manager to complete a table for his employee and his table produced a ‘poor/average’ rating. Mine was ‘average/good’. However, this did enable us to have a more honest conversation about the return on investment in the coaching. We still went ahead with the coaching. If it had been any lower, I would have refused the coachee and suggested performance management.

A year later, when the coachee left because performance had not improved, I was able to go back and check our original accuracy. In this case, the line manager was happy the organisation had helped the coachee to “give it his best shot”, and that in the end, “he exited well”. As a coach, it also helped that at the no point was anyone expecting miracles off me, when working with a coachee who possibly only had limited potential in that role at the outset (and within that organisation).

The Coachability Tool is quick and easy to use. Most non-coaches understand it along with the brief explanation/questions given here.

It is also a snapshot in time because it is often measuring how the coachee is right now. Some coachees who score low may score higher at a different time due to all sorts of factors going on in their lives, e.g. they may need counselling first.

So back to my original comment…...never say never………, it just maybe that the coachee is not coachable AT THIS TIME (but maybe later!)

If you or someone you know would benefit from coaching at this time, then contact Julia@sparkcoachingandtraining.co.uk