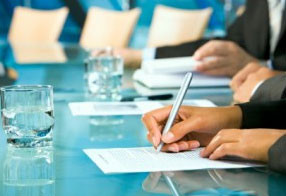 The consultancy agreement is a framework document that is drawn up in consultation (hence the name) with all parties involved in the procurement of the coaching, eg HR Manager, Line Manger of the Coachee and the Coach. It can arise as written documentation of a number of conversations held individually with some of the interested parties, or sometimes from a three-way conversation.

“Many coaches overlook this process, but I believe the consultancy agreement is the key to a good framework for successful coaching”

A typical Spark Coach and Training consultancy agreement will normally focus on the following areas.

A short paragraph on the company, its work, the role of the Coachee in that company and the reasons that coaching is being considered.

A list of overall aims and objectives. We’ll normally use a scale of 1- 10 to establish the coachee’s current skill levels or motivation level.

Here we establish the criteria which will measure that coaching has been successful by completing the statement “We will know we have succeeded when__________________”. Examples of the success criteria could be:

This part of the consultancy agreement outlines how the parties will evaluate progress during and at the end of coaching. These are typical examples:

An agreement of the length of time that the coaching will run for and frequency of sessions. Also, when reviews will be held. Any of the company’s time sensitive events such as Year End, Christmas, Leave, probationary periods, etc will be noted and allowed for.

Venues and methods of coaching face to face coaching or by phone and means of additional support if required.

A clear understanding of who is supposed to be doing what? It is important to ensure that the Line Manager’s responsibilities are detailed so they are clear on their role in the coaching, ie no abdication to the coach!

We also set out what our responsibilities are as the Coach:

When I’m conducting coach supervision for coaches I often find that the answer to many of their difficulties stems from their contracting and the way it was conducted from the outset. We have a saying in coaching

Consequently if you use something like the example of our consultancy agreement above and really nail down all the detail, it means you have robust framework to keep going back to throughout the coaching as reminder for you and the Line Manager.

My experience has also shown that this process is a learning opportunity for the Line Manager who is made to think through specifics about what behavioural change (s)he is looking for from the coaching and what part (s)he has to play in its success.