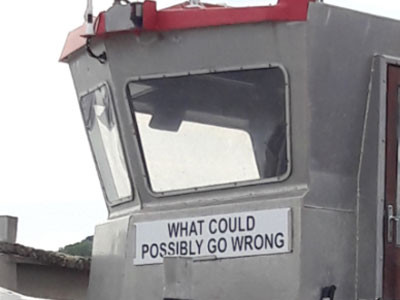 How to Avoid the Obvious Snags

I have delivered one to one and group supervision in-house in organisations such as the NHS, Central Government and Local Authorities and applaud the effort being made to provide CPD and support for trained coaches after their training qualifications.

However I have noticed a number of similar issues popping up within these coaching programmes:

Lack of a Coaching Strategy

Many coaching pools have been set up in a flurry of enthusiasm over the last few years as more organisations started to appreciate the benefits of coaching particularly as a vehicle for change.

During supervision coaches are encouraged to bring any topics that are challenging for them, tricky or things that pique their interest and can lead to greater learning. After all, supervision is about helping coaches to improve their capability as a coach rather than a tick-box or policing exercise.

However on group supervision sessions in particular, I have found coaches listing challenges that are more to do with the set up of the coaching pool in their organisation rather than coachee specific issues. On further investigation it appears that there is no written overall coaching strategy or if there is one, then the coaches themselves don’t know about it. A good strategy would answer many of the “What, When, Where, How and Why” questions that coaches highlight; after all a strategy is “a plan of action designed to achieve a long-term or overall aim.”

Here are some of those questions:

Many coaching programmes are setup without enough thought of the systems required for it to run efficiently. This includes questions such as:

This is a huge topic and is worrying when major ethical queries arrive at group supervision. Ethical awareness for coaches should be a mix of underlying guidelines pertaining to a framework from an independent body, as well as a statement of intent by the organisation on what they would expect from their own coaches. This then helps to put into context any personal ethical dilemma a coach has outside of this so they can build their own ethical sensitivity.

Without an underpinning framework there are huge questions marks and high likelihood that a coach is going to be putting them and a coachee at risk. Internally this could lead to problems for the coachee. Examples of this I have seen are:

My top tip would be to sign up to an external coaching body such as ICF, EMCC or AC (You could be a corporate member) and abide by their code rather than reinventing the wheel. It creates independence and back up too if the worst should happen.

Too Many Coaches; Not Enough Coachees

This a constant issue wherever I go, although it’s not consigned to just internal coaching pools. Many external coaches find that after training there is not the huge supply of coachees they were led to believe were out there during their training. This sometimes loops back to create ethical problems as coaches rationalise working with people that they shouldn’t, because they need to log hours (in the internal coach case) or money (in the external coach case.)

Particularly in public sector organisations the idea of marketing does not come easily and so is often missed. A major consideration is how to encourage enthusiasm for coaching so that you get participants to sign up to any programme and become champions for coaching whether coach or coachee.

There are a number of options you could follow. All the options are best if fronted by executive level sponsors where possible:

Managers from different parts of the organisation can effectively act as champions for the establishment of coaching. This will enable them to influence within their areas so that enthusiasm for coaching spreads out from this initial source.

As more attend follow up programmes then this will gain momentum and enable the pockets of coaching excellence to ‘join up’. Usually the most motivated and keen managers will volunteer first to coach, and be coached, and help to create a groundswell of interest in coaching.

The above is not an exhaustive overview of the issues relating to Internal coaching provision but if the stakeholders of an organisational plan paid attention to some of the key areas above then I believe we would see a greater impact for coaching across the board…… and that would be a positive step in the right direction.

To get in touch with Julia Menaul, an Accredited Executive Coach and Supervisor of both Coaches and Supervisors, to discuss any areas covered here or elsewhere please contact  julia@sparkcoachingandtraining.co.uk or call 07973924224.