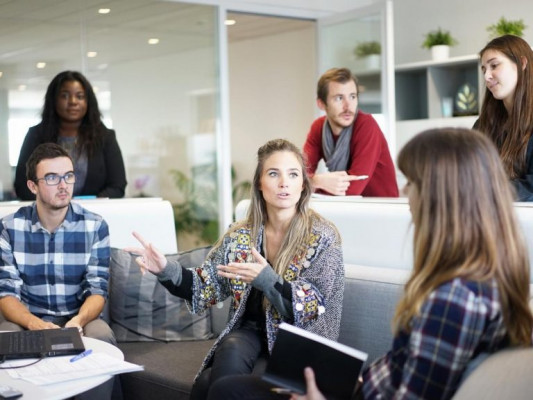 Helping organisations to buy in to new behaviours and transformational change

Neuropsychology is a relatively new term and marries some of the traditional theoretical frameworks from psychology with underpinning neuroscience that is now emerging with new understanding about how the brain works.

In the book, Coaching with the Brain in Mind (David Rock and Linda J. Page, 2009), David Rock developed a model that interprets what brain responses mean in behavioural terms when we encounter reward or threat.

The SCARF Model by David Rock

This model helps us to think about how we might minimise threats and maximise rewards using the SCARF acronym to highlight the key behavioural drivers of our behaviour. It is applicable for coaches who are helping clients to work out what their triggers are, and how to perform despite them. For leaders it is about managing people in such a way that interactions encourage more ‘towards’ responses (reward) rather than ‘away from’ responses (threat).

We are hard-wired to react to threat with greater intensity than reward – therefore we have to work twice as hard not to let this unduly affect our behaviour and therefore our interactions/relationships.

A strong threat response happens when people perceive a reduction in status whether it is ‘real’ or not. Even offering advice or telling them how to do something better when they have not asked for it can imply lower status. Leaders who reward staff with status boosts get a more engaged workforce. For example praise in front of others. We use the same brain circuits to evaluate ourselves as well as others – so even outperforming ourselves is a status boost.

Uncertainty creates an error response. It is a mismatch between what we are expecting and what we get. In organisations it is uncertainty rather than the change itself that causes most distress. Managers are best not to hold back negative information as it is preferable to the uncertainty of not knowing. Setting objectives at the beginning of coaching helps to structure the discussion but also creates an element of certainty.

It is beneficial to the brain (and hence the person) to have a feeling of control or choice. Lack of control creates a stress response via raised level of cortisol which leads to physical and mental disadvantages that can even be long term. Being given a choice feels good (increased dopamine). Working in teams can be an issue as by definition, autonomy is reduced. Leading teams in a way that helps them to create their own ground rules for achieving organisational goals helps to balance the needs of the group and the individual for autonomy.

A sense of belonging as a major motivator and contributor to good mental helath has been known for some time. The feeling that you are ‘in’ or ‘out’ of a group is a judgement made very quickly by the brain. Being part of a group had evolutionary advantages hence us retaining this. Meeting a stranger generates rapid threat responses: ‘Are they a part of my group?’

Moving from being ‘out’ of a group to ‘in’ releases a flood of oxytocin leading to an increase in trust and collaboration. This can be a big issue in 21st century working with remote teams. Don’t underestimate the need for modern technology to connect people (by phone or video).

Many studies have attested to reciprocity as a universal value amongst humans. Even as children, we understand the power of “It’s not fair!” and have an inbuilt unfairness detector.

In organisational life managers will test the boundaries of Fairness if they keep communications to a minimum and engender an air of secrecy. Enhanced leadership is about transparency and openness (and connects to Emotional Intelligence). Allowing teams to make their own decisions as much as possible within clear guidelines crates an atmosphere of mutual respect .

Leadership coaching is a great place to explore what is happening for individuals around the SCARF threat. It also provides a useful framework when working with managers on how to get the best from their people by examining what they are doing (or not doing) around each of the five elements of SCARF.

For managers in organisations who have a scientific bent and are suspicious of anything ‘pink and fluffy’ a neuropsychological approach to executive coaching can really help them to buy in to new behaviours and transformational change.

As David Rock has said in his aptly titled book, it is coaching with the brain in mind.

Feel free to contact me if you have any questions about this model. And if you would like to find out more about how your team and organisation can benefit from our management coaching I’m available for a chat. Email me now.