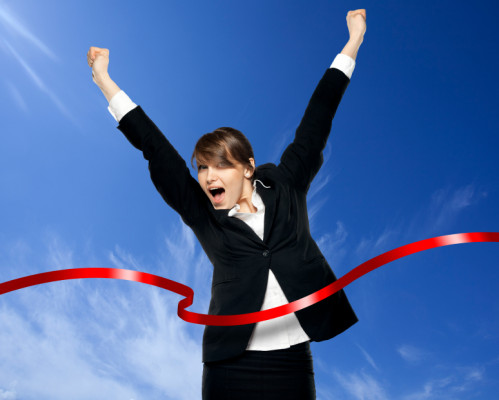 How does coaching leaders and managers relate to sports coaching?

Think of a sports coach – who springs to mind?

The ‘old model’ was based on instruction, directing, telling and planning the strategy of play with almost no involvement in performance improvement by the player.

The two main areas which sports coaches focussed on have been technical ability and fitness appropriate to the sport and this has been very successful for many years. However as humans become fitter and stronger it is much harder to make those tiny improvements that are the difference between a champion and an also-ran.

Many athletes have a coach for both their technical and mental games, which can often make the difference between winning and losing.

So how does this relate to executive business coaching in the workplace with leaders and managers?

We all know that most sportsmen and women can be brilliant performers most of the time, but still have the odd bad day at the office. The difference between them on a good day and bad day is often rightly put down to their mental attitude.

If they go into the sporting arena with positive self-talk going on in their head, then invariably they produce positive performance. But if that self-talk is negative, their performance suffers too. They, and we fans, operate a self-fulfilling prophecy. This is because our mind affects our body in a physical way so it can quite literally let us down.

Let’s look at Wayne Rooney as an example of this. He goes onto the pitch believing he will score a goal each time and as the opposition has found out, that usually happens. If, as has happened, he encounters a lean spell and does not score for a couple of games this will start to affect his mental attitude when next on the pitch, and before you know it two games without scoring has turned into four then five -a difficult spiral to get out of. Hopefully he’s going to be the game changer he can be in World Cup 2014!

Our bodies change in response to what is going on in our minds and therefore we can affect changes in our behaviour and environment too.

A key theme in coaching is ‘Interference’

The word “Inner” was used to describe the player’s inner state, or that “the opponent within one’s own head is more formidable than the one on the other side of the net”.

The job of the coach from this perspective is more focussed around helping the performer remove or reduce the internal obstacles to their performance with the outcome being a natural ability coming through without the need for much more technical input from the coach.

David Hemery, GB Olympic Hurdler in the 60s, conducted some research for his book Sporting Excellence by asking 63 top performers throughout world-wide sport to what extent they thought the mind was involved in the playing of their sport.

The unanimous verdict was couched in these phrases:

The least anyone came back with was: “it’s equal to the body”.

The other highly significant finding was that the two most important attitudinal factors were awareness and responsibility.

This is about awareness of self and others, and about taking genuine personal responsibility for improvement, not just waiting to be told by someone else.

This led David Hemery to conclude that the best way to develop and maintain the ideal state of mind for performance is to build awareness and responsibility continuously throughout the daily practice and skill-acquisition process.

How does this relate to executive coaching?

Gallwey talked about everyone having potential to improve performance and this could be done by removing interference through precision questioning and listening by the coach as well as raising awareness and responsibility in the coachee.

“We all have untapped potential that we could use to perform better, but often something – Interference – gets in the way”

Think about something you’ve always wanted to do – a dream trip, a new job, a new business, getting out of a relationship, etc.

Now ask yourself the classic coaching question ‘What is stopping you from doing this?’. Your answers may be:

These blockages to achieving your goal often manifest themselves as negative self-talk – that little voice inside your head that says:

These blockages or interference stop us moving forward and taking control of these things and our lives.

My role in coaching is helping to remove that interference by asking questions about it and listening – this raises your own self-awareness and leads to the solution coming from you.