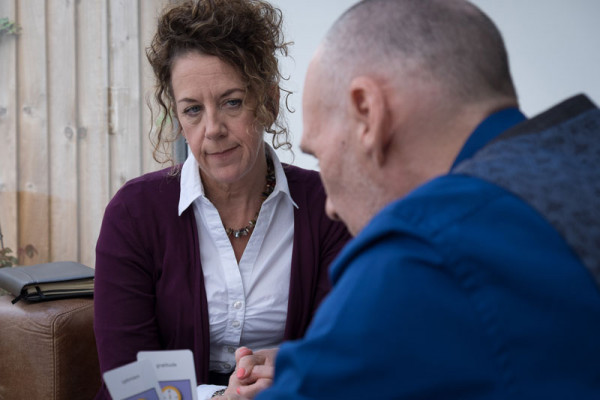 In my latest e-book for Book Boon, Compassionate Coaching in the Corporate World I talk about how tough clients are on themselves sometimes and that this lack of self-compassion hinders their ability to be compassionate managers in many cases. Science shows we have to train our brains to be compassionate and this goes for us as coaches as well as our clients.

Here is a short except from Chapter 3, The Compassionate Coach: Physician Heal Thyself.

Professor David Clutterbuck (2016) states that coaches are often encouraged to focus on empathy as part of their skills development in books and on training programmes. But empathetic overload can be a real problem especially for coaches who do not have any support (via mentoring or supervision) to process emotions emanating from their clients and themselves. Burnout can be a real risk.

In coaching we can often get swept away on the positivity vibe in our profession however the human condition is also about pain, grief and suffering (P, G & S). I attended a webinar on this very topic and was struck by the willingness of the presenter to self-disclose traumatic things and be vulnerable to a group of strangers. The wave of compassion towards him was palpable. This has since reinforced my own courage in disclosing moments of self-doubt within both coaching and supervision. P, G & S can show up in coaching in the form of bereavement, infertility issues, mental illness, and divorce but not necessarily as the main focus of the coaching itself.

These topics are a part of life, but can remain hidden especially in high pressure corporate situations where people feel it will be perceived as a sign of weakness to even discuss these topics. Coaching is often seen as being about success, so what happens if clients feel they can't bring these topics, and does the coach feel the same in supervision? Being able to talk about failure, inadequacy and suffering, I believe is the cornerstone of a good supervision relationship where the coach feels safe to explore these topics for themselves and their clients.

A key point that stood out for me was the statement that coaches are experiencing more and more clients with the topic of Pain, Grief and Suffering, as people are more likely now to employ coaches rather than therapists. (Is this because there is less stigma in having coaching as opposed to counselling, I wonder?)

Coaches and supervisors therefore need to be aware of the whole picture of their client’s lives. I found myself during the webinar listing many coachees from my own past work who I would categories under this theme and then considered how this was the same for many coaches. E.g. custody battles, a clients' son with Autism, supervisee suicide, coachee with parental death as a child, sexual abuse, serious ill health issues such as MS and many cases of marital breakdown.

An executive coach would do well to look back at their own client work and notice the pattern of human suffering even in a corporate context and connect with their compassion for them as well as for oneself.

Caron was an internal coach, based in Cheshire, working with managers in an organisational culture where many had a scientific background and there was a pervasive sense of right and wrong, black and white thinking. She came to supervision wanting to discuss her reaction to a particular coachee.

The coachee, Janet, was working on making a change to her career direction and had had three coaching sessions with Caron.

Caron was noticing that her coachee had repeated variations on the same phrase a number of times throughout each session when Caron asked her a question i.e. “When you ask me that question, I don’t think I’ve done it right” or “Am I doing this right?”, “Is this what I’m supposed to be bringing to coaching?”

Caron mentioned that she was uneasy and something was bugging her about this.

As I explored this with Caron, a number of things emerged;

Insight came for Caron from my question “What might that be like for your client?” she realised that her own emotional reaction to the coachee’s situation had blinded her to how the coachee may have been feeling about it all. Caron realised that she needed to show more care and compassion for Janet to help reassure her rather than feedback her observations of the phrases she was saying in a more direct way that she would do with other clients. As Professor Paul Gilbert of Derby University says, “Caring is easily knocked out by other emotions such as stress, fatigue & anger. It's easy for us to avoid being distressed by the distress of others by closing ourselves off to it.”

Caron’s own anxiety was blocking her compassion towards Janet. There was also a parallel here in that Caron was seeking reassurance herself in supervision by checking with me and wondering if she was overanalysing or being paranoid just as Janet had been.

If you would like to learn more tools and techniques for developing compassion in your coachees then download the free e-book from my publications website page or contact me to focus on this important area within your own one to one supervision.