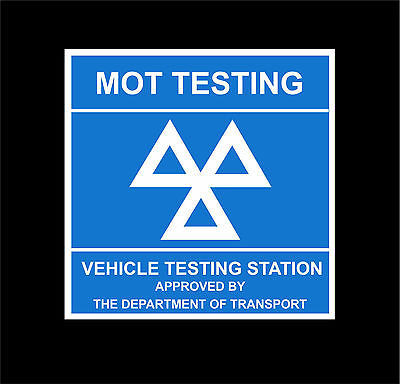 Be proactive to reap the benefits and stay off the hard shoulder!

Your annual M.O.T for a car is a legal requirement for cars over 3 years old. It’s there as an aid to safety for you and other road users. It ultimately means you are not driving a dangerous vehicle.

The pass/fail result depends on how well it has been looked after over 12 months. If you have had it regularly serviced every 10,000 miles, checked tyre pressures and all the other small things it to keep a car running then getting through a M.O.T should be a piece of cake.

The day my car was in for its annual M.O.T and interim service, was a day I was doing some supervision with another supervisor. So it’s thanks to him that the metaphor that connects coaching supervision and my car came about.

My car is 12 years old, which for many owners would see interminable problems. Mine still has a lot of life left, even with 145,000 miles on the clock (well it is a Toyota!)

I am convinced that, because I’m a stickler for regular servicing, this is the reason my car keeps on going and rarely lets me down (fingers crossed, now I’ve said it!). It was also well made to start with.

I believe it’s the same in coaching and coach supervision. I sometimes find I am contacted by coaches who have “saved up” a number of issues that have popped up for them and their clients over a long period of time e.g. problems with contracting, clients being unreliable, coach getting stress or having their hot buttons pressed, etc.

The coach then arrives at the first session (or the first one for over 12 months) and unleashes a mountain of problems (faults?) onto me as the supervisor (the mechanic!).

I am pleased to say that unlike some mechanics, I don’t suck my teeth and warn “It’s gonna cost you!” Another good analogy is not keeping fit and healthy then expecting your doctor to sort it all out. But let’s stick with the car analogy here.

However, it does make things difficult for the coach themselves. Many of the issues could have been pre-empted (rather like keeping an eye on your oil level or tyre pressures). This avoids not only a build-up of things that need “repairing” but stops damage occurring from neglect. Cost is not only in terms of expense (money) for a coach, but the cost of potential doing harm to themselves (burn-out, stress, poor reputation, no repeat business) and harm to clients (a similar list which could lead to an official complaint).

Many coaches take their indemnity insurance cover for granted in a similar way to the M.O.T certificate. This last 12 months but unless maintenance (supervision) is carried out between testing then breakdowns and expense can be incurred.

Jackie was a coach who had come to supervision after 3 years as a coach but 30 years as a HR professional. The drive for supervision was from the criteria of a tender that she was applying for. We contracted for 3 sessions with a promise to review how supervision was working for her and if we we’re the right fit. Jackie said she got a lot from the session and enthusiastically booked in session 2 for another 2 months’ time. However, a number of postponements and cancellations later, and Jackie had still not returned within 12 months. She was keen to continue but the time was never right. When she finally showed up a year later for her (1 hour) supervision session, she had a bit of a list:

The other factor that made this tricky was that some of these areas were ethical dilemmas that if she had been in regular supervision would not have got as far as they had or developed into a bigger problem to sort out. Her expertise and confidence as a HR professional gave her a false sense of security.

My car does a brilliant job up and down the M6 (it’s good at what it does), but if I neglected to take care of it then I would soon be breaking down and not getting to clients, rather like being a coach!

So if you do have a supervisor, don’t treat them like the local garage and expect them to fix everything without some pain.

If you don’t have supervision currently, think about how you are going to maintain a healthy practise in the long term as you get further away from your initial coaching training and come across more complex, interesting topics in your client work. Be proactive rather than reactive and reap the benefits so you stay off the hard shoulder.

For help on any of the issues raised here, or for a general chat about coaching supervision, drop me a line or call me.

Julia is a wonderful coaching supervisor. She has been a valuable resource on my coaching journey. Julia is incredibly generous in sharing her ideas, thoughts and resources. She also provides a wise sounding board and has provided just the right balance of challenge and support. I would highly recommend Julia as a coaching supervisor for both experienced and inexperienced coaches. Liz Scott, NewScott Coaching, Coach and Facilitator