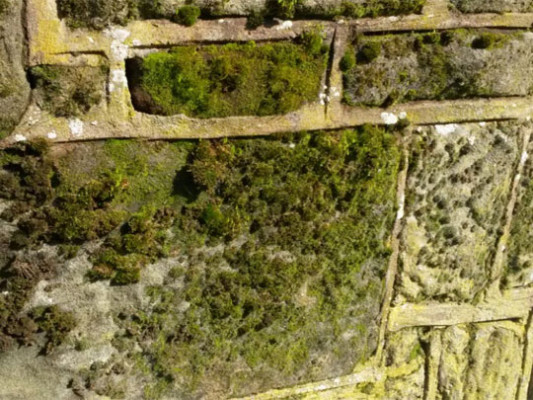 Getting Lured Into Coaching Someone You Shouldn’t.

A constant theme in supervision with many coaches is when they bring a tricky client issue or dilemma, that turns out to be linked to how they came to coach the client in the first place.

Who you should or shouldn’t coach is not often emphasised by most coaching schools. The nature of most good quality coach training encourages (or stipulates) a number of practise sessions/hours during the life of the programme. Trainee coaches are encouraged to go out and find willing volunteers to coach in order to build confidence, skills and sometimes meet accreditation criteria. These willing volunteers are more difficult to find than you would imagine. Most new coaches are imbued with a sense of unbounded enthusiasm for the new skill and can be puzzled at the unexpected luke-warm reception for free coaching. “Who wouldn’t want free coaching”, they cry!

This situation is now getting worse with the proliferation of coaching programmes in the UK. I know when I was newly qualified 15 years ago, the supply of pro bono coaching was less and the novelty of being coached was greater than it is now.

The problem of lots of free coaching is also a separate issue that impacts on new coaches trying to generate business later,which is probably a topic for another blog!

So, against a backdrop of too few coaching clients and lots of coaches, how easy is it for coaches to avoid working with some clients? Very difficult I would say, but one that needs reflecting on in order to guard against future problems of an ethical nature for coach and coachee.

Who are the obvious coachees to avoid?

On some of the coach training programmes I have taught on, we have said:

Most ethical codes from the UK Coaching bodies are clear about coaches needing to be aware of dual relationships but this can be open to interpretation, and if you are desperate for the coaching work, it is a temptation to rationalise this as being OK and “no harm done”. However, one of the corner stones of supervision is to ensure “no harm to the client or coach”.

On top of this list are also the subtler variations I see whereby coaches haven’t thought about any psychological issues with their clients or whether they are actually coachable at this time due to performance issues.

Brian had started to coach a middle-aged man around career change from heavy manufacturing into charity work and they had completed 4 coaching sessions over 6 months. Brian wanted to discuss in supervision the lack of progress with his client. The story that emerged was of a client who had had depression, had received psychotherapy but had made good enough progress to work separately with a coach on career change. One of my favourite questions as supervisor is “How did you become their coach?”.

This question revealed that the coachee had been referred to Brian via the aforesaid psychotherapist. This psychotherapist was known to Brian as it was his best friend’s Aunt. On the surface this may not look like a dual relationship or boundary issue and Brian was at great pains to point out that he didn’t “know” the Aunt (except maybe he had met her at a party once where they discussed the difference between coaching and counselling!)

When we talked about what failure looked like and what would happen if he couldn’t help his client achieve the desired outcomes, Brian said: “I will feel I am letting down my client and be embarrassed that this lady (the psychotherapist) had put her trust in me”.

From this Brian realised it was obvious that this tenuous connection with the psychotherapist was more of a burden than it normally would be for him. He then gave me an example of being stuck with a similar client, who had not been referred from elsewhere and not feeling this way.

Sometimes potential pitfalls are not immediately obvious and they may operate at a subtler level than we imagine. Vanity can also play a part (we all have an ego!), and we can be flattered if the client specifically asks you to coach them.

To provide the best coaching possible it is advisable to go into coaching relationships as “clean” as possible. Sometimes this is difficult especially in a corporate environment where line managers/HR managers etc. have a perspective on the coachee and think they are being helpful by giving you chapter and verse about the client’s background. Of course, if there are sensitive issues, you could easily clod hop into, then it may be useful to have some background. More often than not your coachee can give you most of the information without the taint of others perceptions. Remember you can’t unknow what you know about someone. It can still affect your behaviour towards the client consciously and unconsciously.

So, before saying “Yes, I can coach you”, explore what they are looking for and why they want you. Be aware where a client may “hook” you without you even knowing by examining in supervision some of your habitual relationship patterns.  And even if the potential client is a friend of a friend of a friend, look out for implications, and if there is the slightest niggle, this may be a sign to pass the client onto another coach that you trust.

In Part 2 of Can’t Coach; Won’t Coach we will look at what to do if you’ve already found yourself deep in an awkward situation and need to find a way out of it that still maintains your credibility and professionalism.

As always, if you recognise issues that you struggle and would like help or advice on, please do get in touch with Julia Menaul directly.

You were warm and supportive, and built rapport quickly. I love your sense of humour Gwynneth Rees- Kenny, Executive Coach & Supervisor