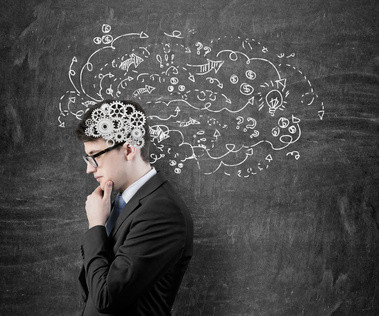 The Golden Thread of Intelligent Emotions

Many coaches feel frustrated sometimes when they are asked to perform miracles in a few short coaching sessions. Being able to help a coachee, not only with short term “need to sort it now” problems, but also to develop long term resilience and personal development, is crucial. Weaving emotional intelligence into a series of coaching sessions is the golden thread of better return on investment in the long run for the coachee and the organisation.

So how do coaching and emotional intelligence link together?

Some of the key skills of coaching are inextricably linked to emotional intelligence and particularly with Spark Coaching and Training’s approach to coaching that emphasises the psychological and emotional dimension.

The link is twofold:

Daniel Goleman popularised the concept of Emotional intelligence in the 1990s and originally suggested five competences:

i) Self-Awareness – the ability to recognise and understand your moods, emotions and drives as well as their effect on others.

Along with empathy, this is one of the most important competences for both the coach and client. For the coach it is summed up by the following quote:

For the client, knowing what they feel and being able to label those feeling gives insight into their thoughts and behaviours in particular situations. As John Whitmore (1996) puts it

Also with strong self-awareness, there is a greater degree of honesty as they are less likely to be overly critical or overly optimistic. This can be seen in a healthy self-depreciating humour and good self-confidence.

ii) Self-Regulation – the ability to control or redirect disruptive impulses and moods. The propensity to suspend judgement and to think before acting.

The coaching environment enables the client to take the time out required to think before acting. The “talking out loud” about a problem and possible solutions, gives vent to feelings that may be inappropriate in a given situation. Consequently the coaching session allows these feelings to be expressed and therefore dissipated, but also for the consideration of the advantages and disadvantages of a particular course of action. Sometimes no obvious answer comes about and a key EI competence here would be for the client to be comfortable with the ambiguity of the situation, even if there was an openness to change that could not be met. The coach’s Ei contribution in all of this is for their own feelings not to influence the client and to make judgements. The client needs to be able to trust the coach with their innermost thoughts and feelings. Acting with integrity is key even when the discussions may be around areas that are at odds with the coach’s values and beliefs.

iii) Motivation – a passion to work for reasons that go beyond money and status. A propensity to pursue goals with energy and persistence.

A good coach will use motivation as an additional tool from their tool box of skills. It should be a theme running through all coaching but there will be occasions, particularly when the client is feeling de-motivated, that the coach will need to motivate their client by providing positive feedback and getting them to focus on achievements and future goals.

This will raise the energy between coach and client to provide the strong drive to put failure behind them and become more optimistic about the future. Needless to say, it is crucial that the coach remains optimistic for and on behalf of the client!

iv) Empathy – the ability to understand the emotional make up of other people. Skills in treating people according to their emotional reactions.

The building of rapport is a key area for coaches. For the relationship between client and coach to flourish then trust and respect has to be built. At a basic level this is about non-verbal communication that signals rapport e.g. good eye contact, positive open body language. Rapport will be built as the coach communicates a belief in the client’s potential. From the clients view point, this is often a key competence to be developed as many of the issues brought to coaching are about other people and the client’s relationship with them. The session may specifically look to unlock “stuckness” and help the client to find common ground with those he is having difficulty with.

Goleman later condensed the five competences down into four, incorporating all the above into; self-awareness, self-management, social awareness and relationship management.

At Spark Coaching and Training we use a psychometric questionnaire to assess emotional Intelligence – the TEIQ from Thomas International.

This gives an accurate picture of current EI and a fabulous report on area of strength, weakness and development areas. An optional further EI report 12 -1 8 months later is a great way to assess improvement with real evidential value.

Contact us now for a sample copy of the TEIQ from Thomas International and for details about taking the test yourself for a true picture of your areas of strength, weakness and developmental needs.

I enjoyed working with Julia. She had ideas at the start of each session but always went with the flow of the sessions if needs be. I like the way she introduced some useful models, but never felt they were being shoe-horned in. I can use them in my own tool box as a manager. Sharing her own experiences and weaknesses was helpful and appropriate. Ken Livingstone, Director of Movement Sustainability, YMCA England