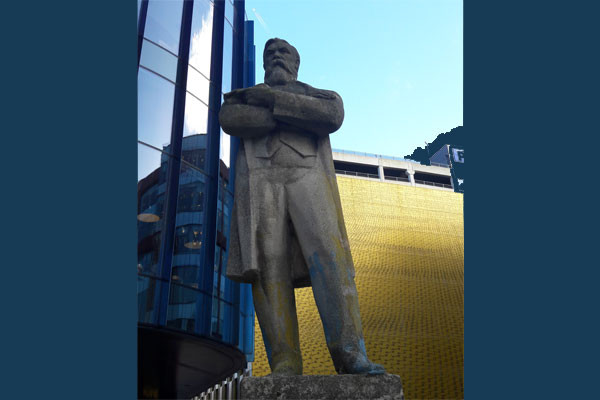 "Don’t Just Do Something; Stand There" - A Coach Case Study

This quotation has often been attributed to Ronald Regan as a twist on the more well-known phrase “Don’t just stand there; do something”!

Regan’s take on this phrase was in response to when faced with his White House staff running around like headless chickens responding to a drama as if it was a crisis.

Many coaches get caught up in feeling that they have to be seen to be “doing” something with their clients and get trapped by the need to shoehorn in new tools and techniques. When I facilitate CPD workshops for coaches, the ones with less experience show themselves by asking for “another” tool they can use with a client.

There is a place for a toolkit bag in coaches however with increased understanding and wisdom as a coach, we can let go of “doing” when sometimes a client can benefit more from our “being”.

Liam came to supervision with a client he was stuck with. “I’ve tried everything I can think of” he said.  He really liked his client, they had worked on and off for two years but now he felt powerless and helpless in the face of a conflict situation between his coachee and his coachee’s boss. We discussed his desperate need to help his coachee and whose responsibility this was.

The giveaway for me was the phrase underlined above … “everything I can think of.”

He had done as much as his original contract had set out to do and an option was to re-contract in this new circumstance. However, Liam wanted also to focus on how he was going to “be” in the next session two days later.

Would he have to cover up his own vulnerability about not knowing what to do with this client? How authentic would that be for him and his client? What was the tension he was feeling about sharing his own similar story with a nightmare boss? How to handle the urge to give his client the advice to leave the company as he had himself?

Liam showed great self-awareness in formulating these questions for himself and as we worked through them together, we began to see a theme about vulnerability and how there may be a parallel for his client.

How vulnerable was his client feeling right now? Had Liam allowed space and his own presence to enable this vulnerability to be aired? How might he role model vulnerability without specifically telling his own story on what he did in his old job?

Ian Saunders and Ray Charlton in “The Coach’s Journey to Mastery (Association for Coaching Bulletin 2014) discuss “What do you do when you don’t know what to do” as a coach. For them it’s about holding the moment with lightness and curiosity rather than rushing to grab hold of something “to do”. Most managers are solution centred and action focussed so we can get caught up as coaches colluding with this behaviour.

William Bridges in his fantastic book “Managing Transitions” (a must for all coaches IMHO!), says “Before we can find a new something, we must deal with a time of nothingness.” However, as Bridges pointed out we are often in too much of a rush to get to the next new thing and are afraid to stay in the foggy, murky, neutral zone. But it’s in the neutral zone, if we sit and “let go and let come” (Edna Murdoch, Coaching Supervision Academy, 2010) that the natural way forward will appear.

A brilliant metaphor, described to me by another supervisee, was the water safety technique taught to toddlers in the USA. Parents teach their toddlers that if they fall into the pool, to turn onto their backs immediately to float and await help. If they do not, then a small child in water is likely to thrash about (and fight the water) with a bigger risk of drowning (see YouTube videos on this.)

As coaches we need to learn that instead of thrashing about trying to find a way out, we simply relax and turn onto “our backs” and await what emerges!

Liam decided by the end of his session that he would go to the session with no tools or questions prepared but to see where his client was (had they reflected also and moved their thinking?), sit back in his chair and ask about the emotions and feelings of the client’s situation and allow adequate time to really “vent” about the psychological effect of the poor boss relationship. From this, Liam could see what naturally emerged and “not get in his client’s way”.

His final realisation was that he would be there to support his client anyway in whatever emerged but not to try and fix anything. He would tell his own personal story if it felt right at the time, not as advice to be taken, but as an illustration that this sometimes can happen to others and that the coach was not perfect either.

So maybe Reagan was right all along and the best thing we can do is to ignore the urge to immediate action and “just stand there” a while.

To discuss this further or to explore any of the issues raised here, just get in touch.

Julia is a wonderful coaching supervisor. She has been a valuable resource on my coaching journey. Julia is incredibly generous in sharing her ideas, thoughts and resources. She also provides a wise sounding board and has provided just the right balance of challenge and support. I would highly recommend Julia as a coaching supervisor for both experienced and inexperienced coaches. Liz Scott, NewScott Coaching, Coach and Facilitator