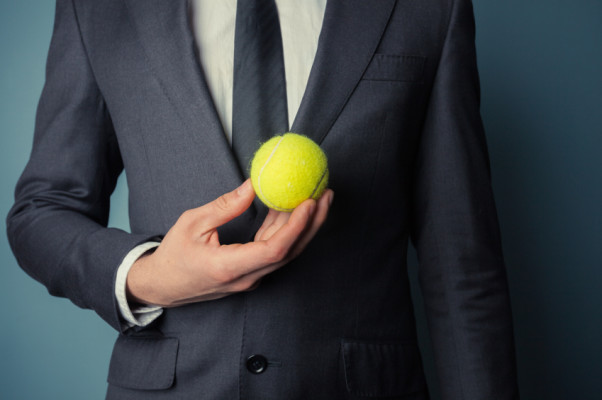 So, do you fancy Andy Murray’s chances at Wimbledon this year?

Andy Murray has certainly become a fantastic player in the last few years, which people put down to him working with ex-Champion, Ivan Lendl as his coach.

Following the split with Lendl, Murray has now chosen to work with another strong woman as his coach (his mum was the first). Amelie Mauresmo brings with her the experience of two Grand Slam titles and the world number one ranking. Who knows how this will affect his game.

But as six-time Wimbledon champion Billie Jean King points out:

“It is not the gender of the coach that is important, it is the strength of the relationship between the coach and the player that will make the partnership work.”

It’s funny how we completely accept that a great athlete requires a coach. We know they already have the necessary skills to play the top level, but that they want to be better.

The field of corporate coaching has used many elements from sport’s coaching for a long time. Including the concept of the ‘Inner Game’.

For many coaches not trained to work with the psychological dimensions that arise in their coaching client work, then it is useful to learn more about helping people in all walks of life to improve their inner game in order to get a better outer game.

How does this method for the development of personal and professional excellence work?

What is the ‘Inner Game’?

The professional tennis player and coach Tim Gallwey published The Inner Game of Tennis in 1974. This book set out a radically different method for coaching. Gallwey realised through his work with tennis students that traditional coaching wasn’t that helpful because it was based upon a judgemental dialogue about the right and wrong way to do something.

Self 1 is often critical and controlling and is the voice in our heads that interferes with our performance by running a constant critical commentary. This commentary has usually come about from all the ‘shoulds’, ‘oughts’ and rules that we have absorbed from parents, teachers, figures of authority , and in Tim’s case, tennis coaches.

The Self 1 critical voice creates fears and doubts and gets in the way of Self 2.

Self 2 is the natural ‘you’ (the ‘you’ as a child often), which is creative, high performing and intuitively knows what to do. This judgemental dialogue between Self 1 and 2 interferes with our natural capacity to learn from experience. It’s like having a very negative monkey on your shoulder. Gallwey created an equation to highlight this:

If we can become self-aware enough to identify what the interference for us is – eg self-doubt, perfectionism, trying to impress, anger, boredom – then we have greater chance of releasing our learning potential and aiding performance.

So as performance coaches in a work setting, we help people most by working with the inner game first such as beliefs, emotions, hopes, desires, psychological defences before focussing on their outer game such as roles, events, deadlines, tasks.

This is the main reason that professional athletes who are already at the top of their game, set great store by coaches. Their coach is operating as a sports psychologist in the broadest sense to help them be mentally strong. Many athletes talk about winning the game in their head and know that how they react emotionally during the game and make or break their day.

The British No 1 appeared to be suffering a degree of inner turmoil, which is hardly surprising when he parted with Ivan Lendl three months ago, a coach who changed his life. Amelie Mauresmo, is already quoted as saying she thinks Murray picked her in order to focus on the emotional elements of his game.

For his part he is clear in his mind that this is the way forward. “I’ve always had a strong female influence in my career. With my mum especially she listened extremely well and that’s something I needed right now.”

So it remains to be seen whether Andy Murray, with his new coach, will be learning new techniques to counter his inner monkey and hang onto his Wimbledon crown.

We work alongside Human Resources and Line Managers to establish success outcomes and get real return on investment in coaching in all fields of business, retail and the public sector. If you’d like to learn more about our coaching and mentoring services, please give me a call on 01785 603726, or contact me now to arrange a free 30 minute consultation call.

Julia is an expert coach with a keen ability to provide insightful feedback. In my experience her feedback has enabled participants to transfer their learning into improved performance in the workplace. Dr Kay Evans Education Adviser, Judicial College